What you don’t know about Jeff Bezos 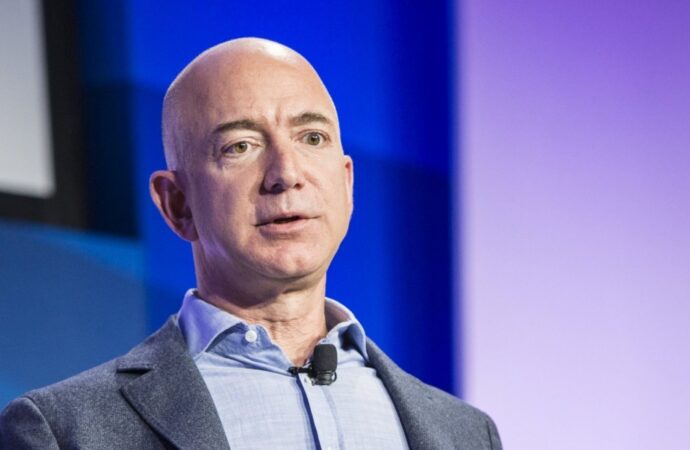 What you don’t know about Jeff Bezos

When it comes to the world’s wealthiest men, Jeff Bezos is clearly at the top of the list. He is the founder of Amazon.com, the world’s most popular online shop. Bezos is an American entrepreneur and e-commerce pioneer. Jeff is also the owner of The Washington Post and the founder of Blue Origin, an organization dedicated to making space travel accessible to the general public.

What boosted his wealth is clearly his vision of putting his customers’ needs first, no matter what he’s working on. Jeff Bezos, a hyper-intelligent, ultra-driven, and incredibly ambitious person, continues to push the boundaries of modern technology to new heights.

Upon graduation, he was offered jobs by many renowned companies such as Intel, Bell Labs, and Andersen Consulting, Bezos turned those down to start at Fitel. In 1988 Bezos transitioned into the banking industry, becoming a product manager at Bankers Trust. In 1990, Bezos became D.E. Shaw’s youngest vice president. Bezos worked here until 1994, then moved to Seattle and targeted the untapped potential of the Internet market by opening an online bookstore.

A journey to the billions :

The idea for internet business came to Bezos on a road trip from New York to Seattle, the internet store where he could sell CDs, software, and hardware and of course books. And as per the then supreme court’s decision, he wouldn’t have to pay any tax for the items he sold via the internet, as it didn’t obtain the physical presence.

With This idea he raised  $1 million from family and friends. Bezos rented a house in Seattle and set up his business in the garage. Bezos initially incorporated the company as “Cadabra” on July 5, 1994. But later, he decided on Amazon.com after looking through the words that start with A in the dictionary. Bezos liked the resonance between one of the planet’s longest rivers and largest bookstore.

For nearly a year, Bezos and a crew of five employees worked out of the garage, learning how to source books and setting up a computer system that would make Amazon easy to navigate.

Starting from a garage and reaching a high-classed glassy office room, Jeff’s vision along with dedication, much hard work and of course willingness to ease people’s life with what he can is what hyped his success.

Jeff Bezos’s involvement aside from Amazon is a spaceflight company, Blue Origin, which he founded in 2000. Blue Origin bought a launch site in Texas soon thereafter and planned to introduce a crewed suborbital spacecraft, New Shepard, in 2018 and an orbital launch vehicle, New Glenn, in 2020. Bezos bought The Washington Post and affiliated publications in 2013.

2008 : Selected as America’s best leaders by US News and World Report

2008 : Honorary doctorate in science and technology from Carnegie Mellon University

2011 : Innovation Award for the Amazon Kindle by The Economist

2012 : Businessperson of the Year by Fortune

2014 : Best-performing CEO in the world by Harvard Business Review

2018 : Elected to the National Academy of Engineering

Fun and Creative Things to do with Lens Ball